Database field should raise awareness of dealing with technical sanctions!

We call on more users to use open-source databases. 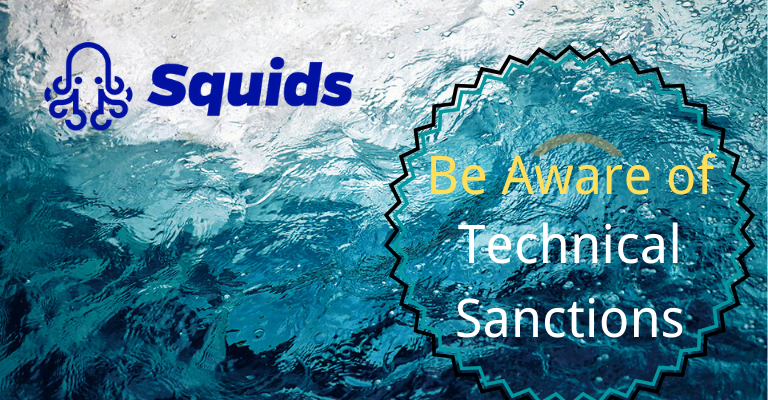 First of all, let's review the event of US sanctions against Venezuela. Everyone knows the style of American government, especially of hawkish officials. Their hegemonic behaviors over other countries have been involved with many fields. Here is a brief review of this event and some details:

Since 2017, the United States has imposed the most stringent sanctions on Venezuela's oil sector, prohibiting the country from using the U.S. dollars for oil trade settlements to cut off Venezuela's economic lifeline.

In February 2019, the U.S. Department of Treasury sanctioned five senior Venezuelan national security officials to put pressure on Venezuelan President Maduro. In March, Venezuela suffered an incident of "Big Blackout". President Maduro directly and publicly stated that it is "U.S. imperialism" that behind this incident.

In September 2019, Oracle has sent letters to Venezuelan partners stating that it will no longer be able to cooperate with them to comply with Executive Order 13884 signed by President Trump.

In October 2019, Adobe announced that it would disable all accounts and services in Venezuela by the end of that October. At the same time, Adobe stated that it will not refund Venezuelan users who have purchased Adobe products and services.

Since we are talking about the development of the database, let’s focus on Oracle's decision of stopping services in Venezuela in September 2019. The main contents of the agreements are as follows:

Most recently, on August 5, 2019, President trump issued an executive order imposing additional sanctions on the Government of Venezuela. As a United States company, Oracle is legally required to adhere to this order.

In order to ensure compliance with Executive Order 13884 and related U.S. sanctions targeting Venezuela, and pursuant to Section R of our Master Distribution Agreement of March 14, 2018 and all Addenda thereunder and Section W of the Oracle PartnerNetwork Worldwide Agreement, Oracle must undertake an orderly wind down of its business in Venezuela.

As part of this process, Oracle must terminate the above-mentioned contracts with you and cannot engage in any new business with existing customers or new customers.

Accordingly, you must not sell any Oracle services, products, hardware, or software to any new customers or engage in any new business with existing customers. To the extent there are continuing legal obligations to existing customers, Oracle is assessing the requirements and impacts of applicable U.S. laws and regulations on a case-by-case basis and will follow up with you and/or the customer, if and as appropriate, with additional guidance or instruction. 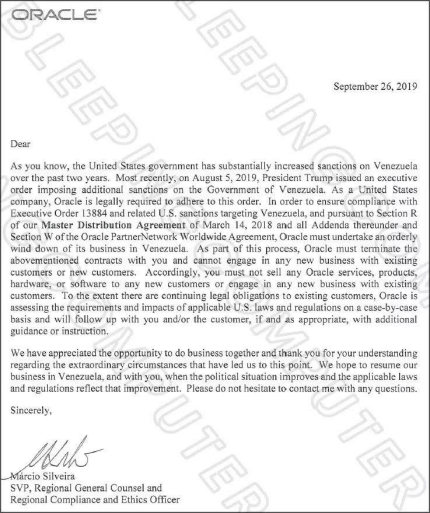 According to relevant sources, Oracle's business partners in Venezuela have received letters saying that Oracle can no longer cooperate with them. After reading this, I think an idea must occur to readers that this is an obvious technical sanction!

Why would U.S. target Venezuela?

Let's take a brief look at Venezuela. This country is located in the north part of South America and the capital is Caracas. It borders the Caribbean Sea to the north, Colombia to the west, Brazil to the south, and Guyana to the east. Venezuela has a population of more than 20 million, the approximate size as Beijing. The biggest features are oil and beauty pageants.

Venezuela is a member of UNASUR and OPEC, as well as an important oil producer and exporter in the world. It is one of the world's major oil producing countries. The oil industry is the lifeblood of its economy, and this income accounts for about 80% of Venezuela's export revenue. 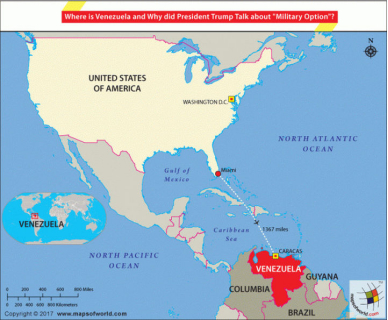 As for the beauty pageant, Venezuela has developed it as an industry. A woman with beautiful face and good figure would start her career of beauty pageant when she was a child. For individuals, they paid an extraordinary cost for reaching the top of the pageant, like plastic surgery. 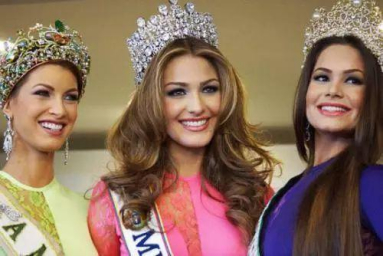 Let's back to our topic, why was Venezuela sanctioned?

Of course, it's not because there are too many beauties. Oil resource is the major reason. Venezuela's proven oil reserves rank first in the world, and it is a veritable "oil country". This is an economic sanction for political control attempts. Oracle has also become a tool of government sanctions, although it is reluctant to reduce the resources of key customers.

Data information carries content such as commercial secrets and core technologies, and can be regarded as the core assets of an enterprise. It is self-evident how important data security is for an enterprise or a country.

For this kind of "rogue tycoon" incident, I can't help but think of the United States' sanctions on ZTE and Huawei. The individual liberty of Ms. Meng Wanzhou (Sabrina Meng) was also restricted because of the United States' sanctions on Iran. Such incidents are really infuriating. However, apart from the outrage, it is worth giving a reflection to the fact that we have so many enterprise users who use Oracle products. Is it necessary to raise our awareness of dealing with technical sanctions? How to deal with it? Do we need to take replacement into consideration?

Oracle's product itself is worthy of use and respect. It is an excellent and successful commercial database. Besides Oracle, IBM Db2 Database also has a broad mass base in the financial field. For domestic database vendors, the both are worth learning from. Facing this international situation, we have to learn from the foreign to improve ourselves.

How to replace database?

When it comes to database replacement, there are two main ways to achieve.

First, we can choose a domestic database. After 2015, With the development of big data and cloud computing, guided by national policies, domestic databases have become a trend of vigorous development, and many excellent products have been born, such as Alibaba PolarDB, Tencent TDSQL, AsiaInfo ANTDB and Henco HighgoDB. They can all be selected and used to perform matching tests according to business needs.

The former one conformed to the development wave of the Internet after 2000 and gained great popularity in China, and enjoy the highest market share in the open-source database field. In 2009, following the acquisition of SUN by Oracle for US$7.6 billion (SUN had previously acquired MySQL AB for US$1 billion), MySQL has been included by Oracle.

As for PostgreSQL, it originated from the University of California, Berkeley and has been developed for more than 30 years. In recent years, it has become more and more popular with enterprise users and database vendors due to its powerful feature set and friendly open-source agreement, and won the title of "Global Database of the Year" in 2017, 2018, and 2020. The companies that use it cover many fields of government affairs, finance, and the Internet. The following figure briefly summarizes well-known PG corporate users at home and abroad, including the largest bank, like ICBC.

Will open-source databases also be sanctioned? 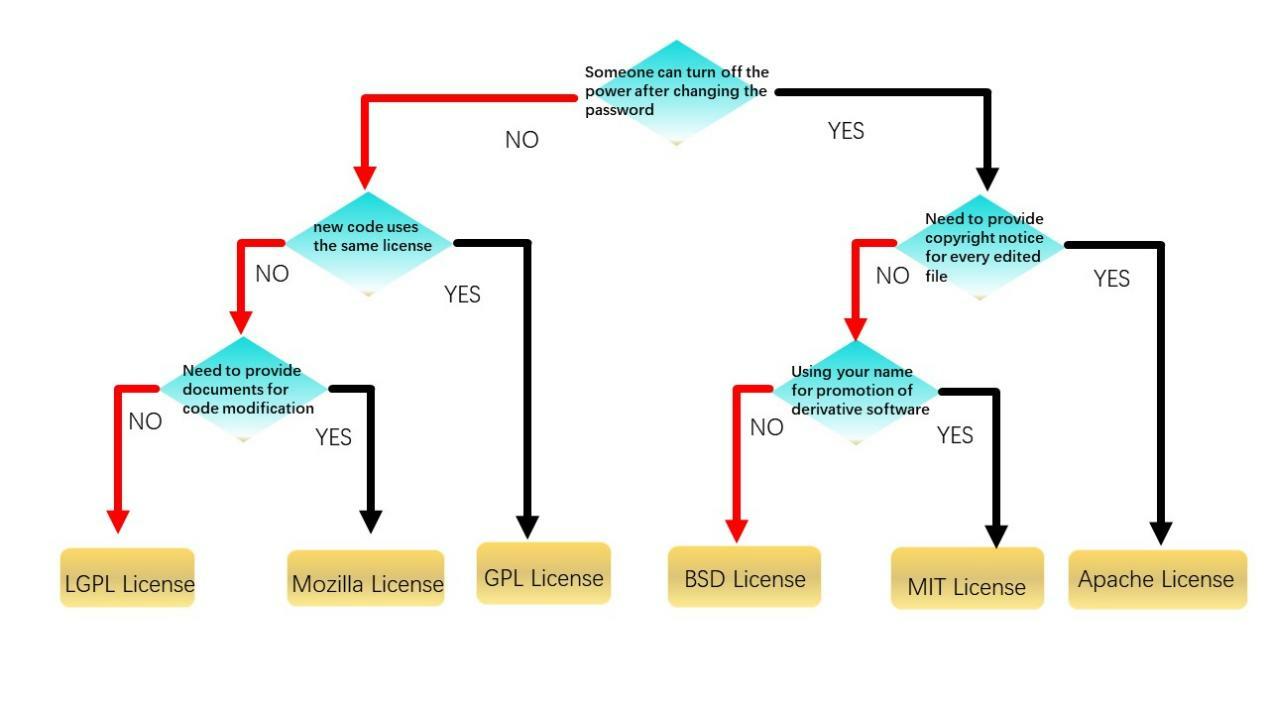 From left to right in the figure above, the three mainstream protocols on the right are more liberal. The most liberal are MIT and BSD protocols, both of which are named after well-known universities. MIT is Massachusetts Institute of Technology protocol and BSD is Berkeley Software Distribution protocol. Both of them are academic open-source protocols with the greatest freedom for developers and users.

MySQL, an open-source database, uses GPL protocol which also encourages open-source code. However, MySQL is controlled by Oracle, a commercial company, and has a commercial license. Of course, there is a risk of intervention by the U.S. government.

The description of the PostgreSQL license agreement is similar to the MIT and BSD agreement. The content of the agreement is as short as three and a half sentences. The original text is published on the official website of PG International Community. The screenshot of the content is shown as follows:

The core theme: The copyright belongs to the PG global development team (The global development team is what we often call the international community. It is a system-standard virtual organization, and the main members are scattered around the world, not controlled by any commercial entities), hereby grants the permission to use, copy, modify and distribute this software and its documentation for any purpose, without fee and without a written agreement.

That is all about what we share here. For users who understand the meaning of the replacement of the database, we should review the past and learn the new. And this article can popularize the knowledge for those who do not understand. We call on more corporate users to use domestic databases or open-source databases again. It is said that many enterprise users have already taken actions. Whether it is for cost reduction or enhancement of controllability, open-source database is worthy of practice.